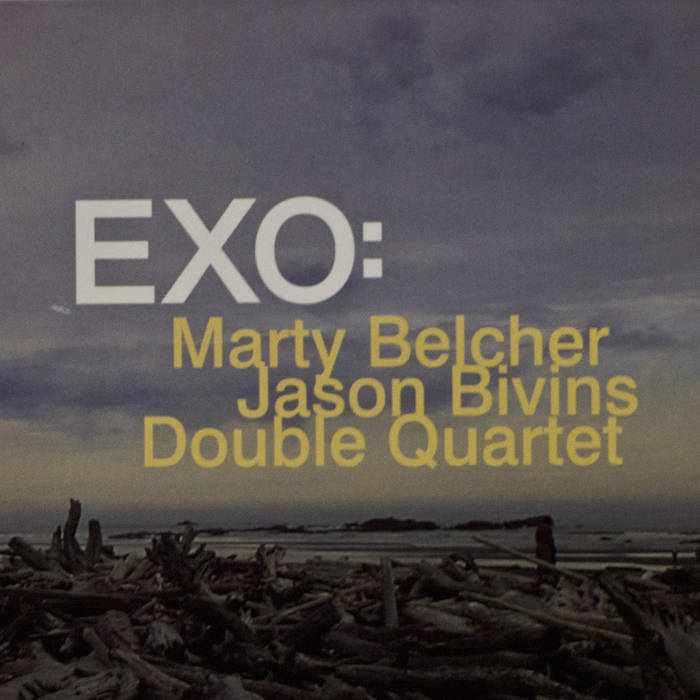 One of the realities in improvised music is that it’s no longer the exclusive domain of jazz. Many skilled improvisers began their musical explorations in other genres—rock, classical, electronic, pop, noise, blues, etc. This has been the case for two decades within the narrow confines of “improv” music—a term & classification of music that remains iffy at best. But confusion aside, the musical potential of bringing these divergent musical threads together has made “improv” vibrant.

So, to that end Exo was conceived. The musicians, all experienced improvisers with backgrounds in different styles of music, were assembled and told to play without stylistic limitations. Just prior to our first rehearsal I cautioned that this wasn’t going to be a jazz album, or pop, or rock, or electronic, or classical—but those elements were to be used if that is where the music went. And that’s what improvisers understand—how to listen, nudge, shift & collectively move the music forward. I also understood that there could be some potential friction as differing vocabularies came into play.

The hope was to create something new, spontaneous--a complex “episodic” music with small and large ensembles. The decision to mix small & large groupings was part of the vision—what musicians played within both situations was totally spontaneous. And within the larger units, as a participant, the sound was huge with an overwhelming response of “Wow—where is THAT sound coming from?” Even now, after repeated listening, I’m not sure how certain sounds were made or who made them. And that’s the beauty of spontaneous music making.

Bandcamp Daily  your guide to the world of Bandcamp

Featuring Gary Bartz, 5 years of Rhythm Section Intl and an LP of the week by Nicolas Jaar